Vijay Deverakonda’s brother Anand Deverakonda debuted in ‘Dorasaani’ movie. Despite the film average at the box-office, the new young star is getting new offers. His second film is now ready for release.

Anand Deverakonda’s next movie, Middle Class Melodies is a romantic family drama, directed by Vinod Anantoju while Bhavya Creations is the production house. The film stars Varsha Bollamma in the female lead role. Middle Class Melodies will stop a theatrical release. Because of a source, the makers choose for a direct digital release in view of the uncertainty over the reopening of theatres in the pandemic time.

Middle Class Melodies movie premiered on  Amazon Prime to stream it as a direct OTT release. The film will be streamed on this platform on 20th November.

Middle Class Melodies film  shoots in Kolakaluru and Guntur city Surroundings. Anand will be seen as a normal middle-class guy and his character speaks the Guntur local language. Middle Class Melodies is a love story that film focus the issues of an Andhra middle class family. 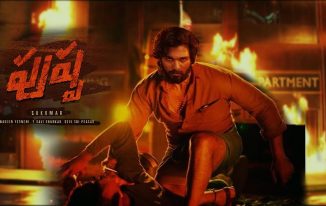