Telugu superstar, Vijay Deverakonda who is known for his acting had announced about his production house last year. Taxiwala Superstar, Vijay finally opens up speaking about the first movie of his production house. Vijay’s production house “King Of The Hill” spoke about their first movie, Meeku Maathrame Cheptha. What was really interesting is how the team planned to tease about the name of the movie. Meeku Maathrame Cheptha Full Movie Details are not yet shared, but the video released by the team gives the glims of the movie.

The video gives a clear hint that the movie is going to be a comedy movie. After uploading the video, Vijay said “While we were finding it painfully hard to break into the industry and make a film, I decided…The day I make it, I’ll start a production house… I realize how hard it is to do this and how risky but what is life without a challenge, so with most of my savings on the line  I reveal to you King Of The Hill’s 1st production Title!” 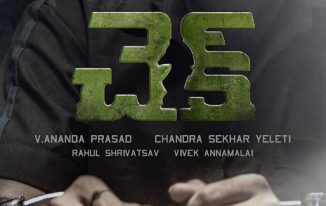