Hollywood Movies Releasing in May 2019 Updates and News

A Violent Separation is a Hollywood thriller crime movie by Kevin and Michael Goetz and the stars Brenton Thwaites, Alycia Debnam-Carey, Ben Robson and Claire Holt are in the lead roles. Click here for the details from Where to Watch A Violent Separation Full Movie

The Hustle is a comedy Hollywood movie by the director Chris Addison whereas Anne Hathaway, Rebel Wilson, Alex Sharp, and Dean Norris are playing the main roles in the movie. This is a female-centered remake of the 1988 film Dirty Rotten Scoundrels. The 1988 film Dirty Rotten Scoundrels is itself a remake of the 1964 film Bedtime Story. Click here for the details from Where to Watch The Hustle Full Movie

We Have Always Lived in the Castle

We Have Always Lived in the Castle is a thriller Hollywood by Stacie Passon with the stars Taissa Farmiga, Alexandra Daddario, Crispin Glover, and Sebastian Stan in the lead roles of this movie. This movie is based on the Novel of the same name written by Shirley Jackson in 1962. Click here for the details from Where to Watch We Have Always Lived in the Castle Full Movie 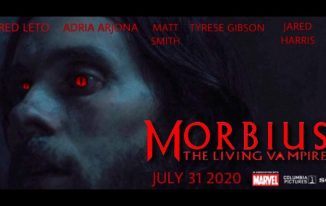